The Vuosaari vehicle scale offer services to those who need continuous or random weighing of their vehicles. The scale can be used for weighing articulated vehicles as well as single vehicle units. The scale in Vuosaari Harbour is located along a public road outside the closed harbour area - it is available for all customers. The reliable, easy-to-use self-service weighbridge is available on weekdays.

The weighing is payed for using codes ordered in advance. One weighing code covers a certain number of weighings, as determined when ordering.

Please state in the form the name of your company, contact person, contact information and invoicing information as well as how many weighing codes you need. Also please include your scale customer number, in case you already have one.

You can also give one e-mail address to which all weighing results done on the scale under the code in question will be forwarded. You will receive the same information the driver gets from the scale straight to your e-mail: the weight, the vehicle’s register and the message written by the driver at the scale, such as the container number. In addition, you will receive an e-mail, indicating how many weighings you have left.

Weighing using a code EUR 35 + VAT 24% / weighing
The codes are valid for 6 months after the date of purchase. 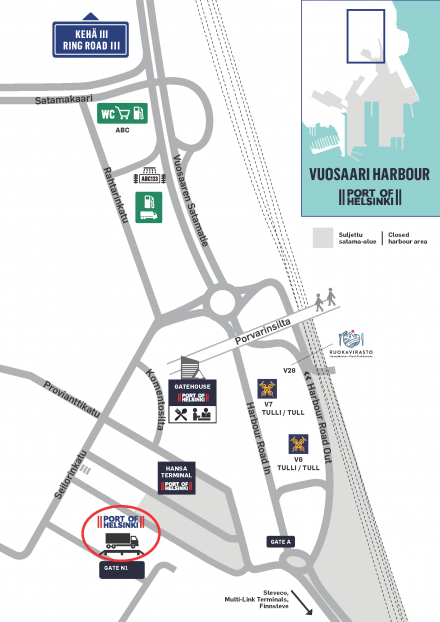 Please note that the final weighing receipt will contain the Gross/Tare/Net -information ONLY IF the number on the previous weighing is used as the weighing code for the second weighing.

How to use the scale