The revamp of the second floor of the Katajanokka passenger terminal is now nearing completion. The first floor will also be renovated next year, bringing plenty of the functional improvements requested by passengers.

The terminal renovation had already received a great deal of favourable feedback before the travel ban caused by the coronavirus.

“Everyone is happy with the new look. The feedback from both customers and partners has been really good,” says Joni Nyholm, the Port of Helsinki’s Real Estate Manager.

He says that clearer signage within the terminal and more spacious toilets are two things that have been singled out for praise. Ticket inspection gates have also been renewed using the latest technology, and there are also more of them.

“The renovation has not only brought a lot of visual improvements, it has also increased functionality. Details that improve usability are a significant help to passengers. We’ve interviewed people, and the terminal has been developed on the basis of their feedback,” says Nyholm.

Marika Pauli, who is Head of Business at the Port of Helsinki, confirms that all the developments have been based on data about passenger needs.

“The results of a passenger satisfaction survey launched in March 2019 were the starting point for the renovation. We wanted to develop the terminal’s facilities, seating, services and parking on the basis of this data,” says Pauli.

The tender for restaurant operations is seeking a single operator for all of the terminal’s kiosk, restaurant and café services. There will be a new café in the second-floor passenger area, which will also have more seating. 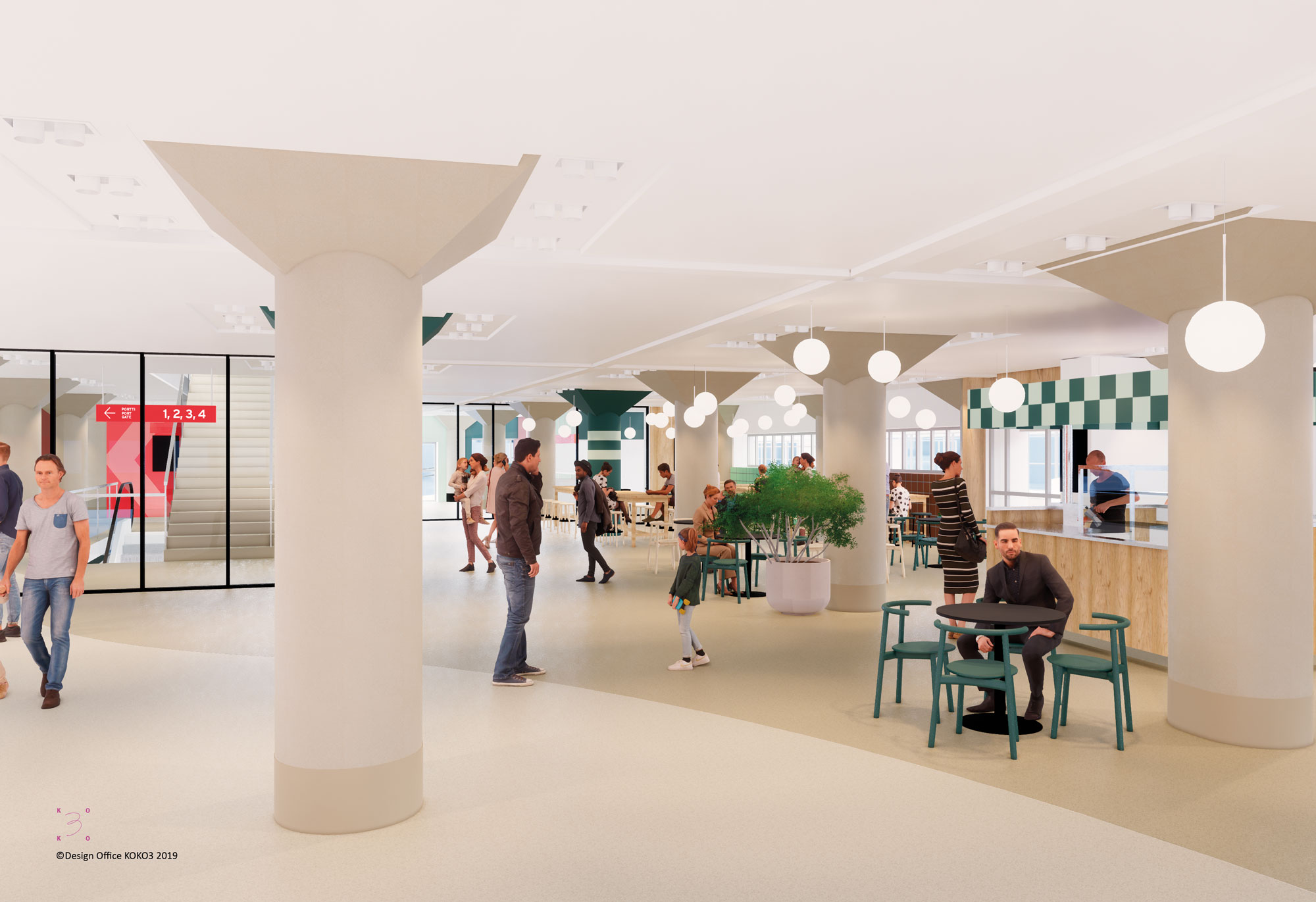 “The second floor used to have only a bar, but we’ve been able to fit a large café in there as well by converting office space into customer facilities,” says Service Manager Mira Lehto.

She says that the café on the seaward side is geared towards families and commuters, while those who wish to visit the bar have their own space. A second sales point also reduces queues.

“Customers wanted more seats. This has been achieved, and charging points for phones and working have also been integrated into the seating,” says Lehto.

Entrance floor to be renovated next year

The coronavirus has affected the timetable for Katajanokka’s facelift. The renovation of the entrance floor had originally been planned for this year, but will now be completed next year in time for the start of the summer season.

“We have a long list of programmes and projects, and we decided to postpone this one,” says Pauli.

The renovation of the second floor was carried out in four stages, enabling the terminal to remain open for passengers during the work. The same approach will be taken for the revamp of the first floor. However, work has also been progressing while the terminal has been empty. According to Real Estate Manager Nyholm, the 16-metre-long curved experience wall is ready and waiting for passengers when the terminal reopens.

Marika Pauli says that the experience wall provides a way of highlighting archipelago and maritime themes according to the seasons. The terminal also has nine other displays to replace the former areas for printed posters.

“We’re taking a ‘travel chain’ approach to content, so that we provide information that is relevant to the passengers within the terminal,” says Pauli.

In January, the Port of Helsinki launched cooperation with Clear Channel on the terminal’s advertising areas. Through this cooperation, Agora parcel lockers will also be placed in the terminal’s forecourt for Helsinki citizens to use. In addition, there will be new charging stations for electric vehicles and a new taxi concept in which a customer care agent will assist those who require a taxi. The port has signed agreements with two taxi companies.

There will be cash machines on both floors of the terminal, and they will also accept international cards. Passengers will now be able to pay for the first-floor luggage storage lockers by card as well.

“It will improve the customer experience. Our digital system will also enable us to monitor the usage rate of the lockers,” says Lehto.

When the terminal’s restaurant entrepreneur has been selected, the third-floor restaurant will be turned into a bistro and the kitchen will also be renovated. The food served on all three floors will be prepared on the third floor. Pauli says that the third floor will be designed with the restaurant company, including a concept that would enable events directed at customers other than passengers during the low season.

“The premises could be used by local residents and all Finns. It is, after all, right in the centre of town,” says Pauli.

Nyholm says that the renovation of the first floor will harmonise the look of the entire terminal once it is completed next year.

“The new customer service point will no longer be hidden away at the back, but will instead be right in the centre of the terminal. The same language will be used in signage on the entrance floor. It’s going to be great,” promises Nyholm.

”
The terminal has been developed on the basis of customer feedback.
Joni Nyholm