Mascots take to the seas

The crews of Baltic Sea passenger ferries also include fur-covered characters. Mascots Harry the Seal and Ville Viking are an integral part of the onboard entertainment programme and important brands for shipping companies.

The history of mascots dates back to before the word mascot was in general use: the cereal brand Quaker Man Quaker Oats introduced a mascot in 1877. The word mascot entered common parlance three years later, after being popularised by the French comedy Le Mascotte.

A mascot is supposed to bring good luck, and the phenomenon first appeared in baseball. If a player made a successful hit and noticed smiling children among the spectators, they would get tickets for the next game to bring good luck. Corporate mascots started to become more common in the 20th century.

Harry the Seal – designed to be hugged

Silja has been using a seal as its logo since the 1970s. And its current mascot, Harry the Seal, has been entertaining passengers for just under ten years.

Silja’s seal mascot used to be called Silja the Seal, and one of its jobs was to host the Little Skipper Club. When Silja Serenade was completed in 1990, the seal mascot also attended the ship’s “open doors” event. In 1992, the seal got a companion: Allu the Albatross.

His flipper is perfect for waving.

“We commissioned the current, extremely high-quality, mascot costumes about eight years ago. Since then, Harry the Seal has swum his way into the hearts of children and adults alike. He became soft, chubby and cuddly,” says Marika Nöjd, Communications Director at Tallink Silja.

“His flipper is perfect for waving and his eyes melt the hearts of all our passengers. You just have to hug Harry!”

The ships’ entertainment departments are responsible for Harry and his wellbeing.

“They make sure that his fur is shiny, and that he’s always in a good mood and ready to play with the kids.”

The highlight of the cruise

The goal is for the mascot to be seen on the ships as much as possible.

“Harry has his own disco and bingo, as well as a diverse programme in STORIES FROM THE SEA Silja Land. He also walks around the ship during the voyage, and visits restaurants to say hi to families with children.”

Sometimes Harry also helps out in the engine room or on the bridge.

Nöjd says that meeting Harry is often one of the most important moments for children during the cruise.

“Hugs from Harry the Seal are the best! Harry also gets some fan mail, and children often want to draw a picture of Harry in drawing competitions.”

Harry has a lot of friends.

“He may also appear with other mascots that he knows. For instance, Harry has hung out with the WWF Panda, Teemu the Teddy Bear from the Association of Friends of the University Children’s Hospitals, and a number of sports club mascots.”

Harry the Seal also appears on a broad range of marketing materials, and you can follow his adventures on YouTube as well.

“Back then, Viking Line was developing its Miniclub for children under the leadership of Marketing Director Pekka Ahlgren. The club was held once a week on the special Sunday morning departures from Turku, and provided plenty of activities for children. The kids were given their own mini passports, which were very popular. A ship’s cat was chosen as the mascot,” says Mikhael Panelius, Entertainment Manager at Viking Line.

Ville Viking was voted Mascot of the Year at the 2017 Matka Nordic Travel Fair.

“It was already a valuable brand for us back then.”

Extensive concept development was carried out that same year in collaboration with a consulting firm.

“We went through everything from missions and strategies to branding. This resulted in extensive documentation to specify all kinds of things.”

The target group primarily consisted of children aged 3–8, their siblings and their parents.

“We mainly stick to this concept. For example, Ville Viking does not visit places where there are no children, even though we get all kinds of requests.”

“What that means is up to you to guess,” says Panelius, smiling.

“He’s been invited to join students’ Shrovetide events, but he’s still too young to attend.

” The mascot plays an important role in the ship’s entertainment programme, especially during the family holiday season.

“We get feedback saying that, for many children, getting a hug or high five from Ville Viking was one of the highlights of their trip. Our entertainment teams put a lot of effort into drawing up the schedules for our cruise programmes. The goal is to ensure that as many people as possible can meet Ville,” says Communications Manager, Christa Grönlund.

Ville Viking does not visit places where there are no children.

Onboard the ship, you might meet Ville Viking at the children’s disco or kids’ picnic, and the day might end in a group bedtime story with the ship’s cat.

“The mascot promotes a healthy lifestyle and makes people aware of the importance of eating properly and keeping fit. At Ville Viking’s Taste Adventure, children can try dishes from a healthy menu. The idea is to avoid marketing unhealthy meals,” says Mikhael Panelius.

Viking Line has published a children’s book about the adventures of its ship’s cat. Stories and music are also available on the shipping company’s website.

“These days, Ville Viking is one of our most valuable brands,” says Panelius. 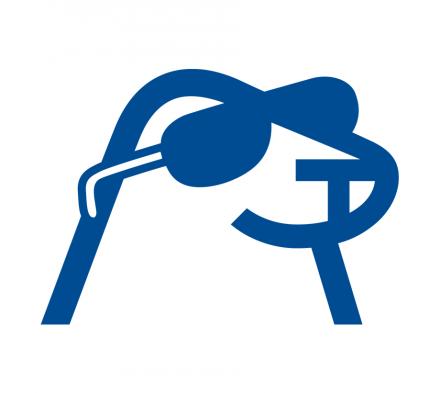 WHERE ON THE SHIP DOES HE LIVE? In his own cabin
FAVOURITE FOOD: Likes healthy food and otherwise keeps fit. But ice cream is also great!
HOBBIES: this playful and curious kitty likes dancing, music, swimming in the ballpit, and meeting new friends 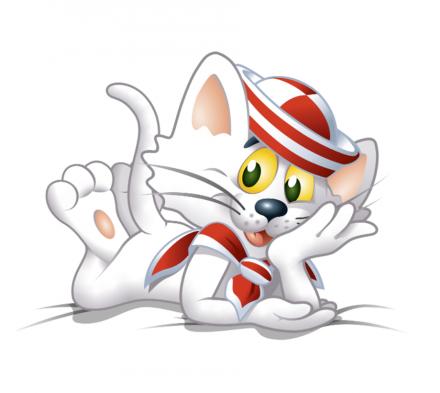