The entrance of the Olympia Terminal, which is turning 70 years this summer, got a facelift this spring, with the aim of recreating the original atmosphere of the passenger pavilion. Next in line to be renewed are the passenger bridge and the terminal’s car park. In addition to its functionality and comfortability, the renewal also enlarged the departure hall and improved the energy efficiency and passenger safety of the terminal.

Designed by Risto-Veikko Luukkonen and Aarne Hytönen in preparation for the 1952 Olympics games in Helsinki and completed in the early 1950s, the Olympia Terminal has seen many different phases of Finnish sea travel and been subjected to the marine weather over the years while serving large passenger flows. For many citizens of Helsinki, it is a beloved and integral part of the cityscape – cultural history at its finest.

The Olympia Terminal, which was originally called the Helsinki Marine Station, will be celebrating its birthday on 16 July -  hopefully with a lot of travellers, of course. The joyful travel atmosphere of the terminal will be further enhanced on the special day by live music, balloons and a photo exhibition showcasing the history of the terminal.

The Port of Helsinki improved the passenger experience of its veteran terminal by renewing its departure hall. The aim was to restore the indoor facilities of the building, which is protected under the Act on the Protection of the Built Heritage, in keeping with their original appearance: as such, the renovation involved removing structures that had been built over the years but were no longer being used. As a result, the departure lounge is now much more open, which is sure to delight passengers. 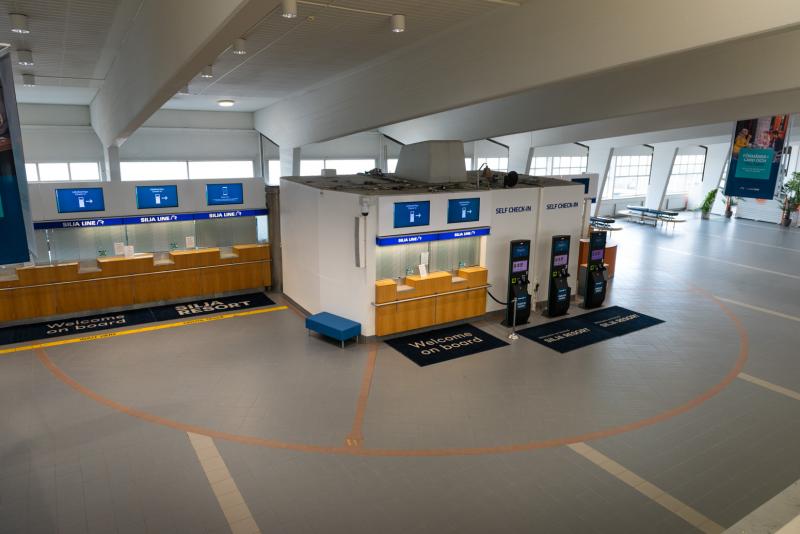 The renovation also involved adding new seats and restoring the Art Nouveau leather couches. The original stone window alcoves, the large compass rose on the floor and the door handles with the letter O, which were specifically designed for the building, were kept as is.

This summer will also see the opening of the new Aperol bar in the terminal’s entrance. The entrepreneur behind the new bar area is the same as the one behind the terminal’s restaurant, Bistro O. and the sunny terrace with plenty of seats. 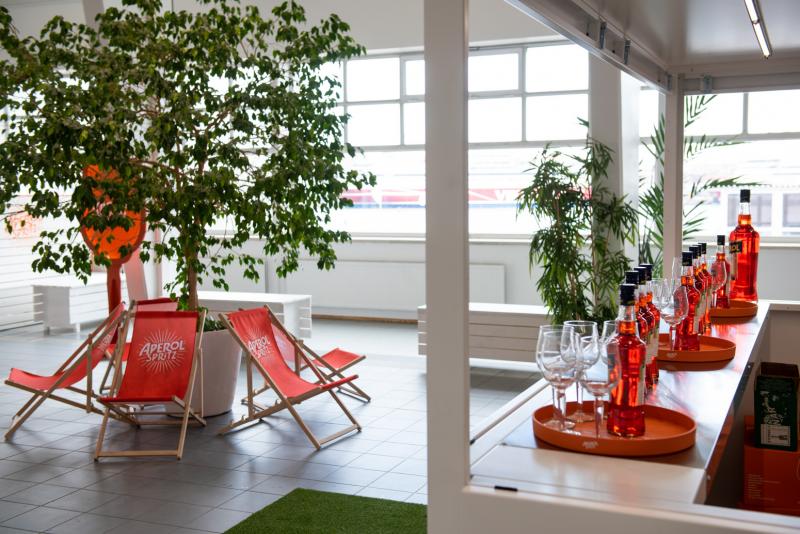 Younger passengers will be happy to see the new ice cream kiosk outside the terminal as well as the iWall sports game wall indoors, which also adults can enjoy.

Furthermore, as part of the renovation the terminal’s access control gates and associated systems were harmonised with those already used at West Terminal 2 and Katajanokka Terminal. The system is now run by the Port, which saves space and increases efficiency.

– We have carefully listened to the wishes of both passengers and Tallink Silja, and the renovations in the lobby are ready for the summer. Embarking on a sea voyage will be even more pleasant at the treasured Olympia Terminal, says Marika Pauli, Head of Passenger Services and Property Development at the Port of Helsinki.

– The Olympia Terminal was designed with great foresight in its time, since the 70-year-old building is still able to meet the needs of a large number of passengers. The terminal and the check-in operations have developed over the years, and these days, the check-in machines in the terminal support the process and the whole passenger experience. From the renovated and vaster terminal lobby, passengers also get to admire our beautiful flagships Silja Serenade and Silja Symphony, which operate out of the Olympia Terminal to the Åland Islands and Stockholm, says Johanna Kallioväli, who is in charge of Tallink Silja Oy’s terminal operations.

During the summer, the Port will also be renovating the terminal’s passenger bridges. Their lighting will be replaced with efficient and energy-saving LEDs,. In addition, the surfaces will be renewed and the old, oakwood railings will be sanded down and repainted.

The passenger bridge will also be provided with a new woven carpet. Contrary to what one might think, the new carpet is easy to keep clean, and any damaged parts are easy to replace with new ones. Other pros include the durability and fire safety of the material. And of course passengers will be the first to notice that the carpet also significantly reduces the noise generated by rolling luggage.

Olympiaparkki car park to be refreshed next

The terminal renovation will conclude in the autumn with the renewal of Olympiaparkki, the car park located on the basement floor of the terminal. It will be provided with energy-efficient and reliable new doors, heat pumps and optimised building services. The renovation will also include the installation of charging stations for electric cars.

The pleasantness of the car park will also be improved with service design, efficient LED lighting and improved signage.

The Port and the old passenger pavilion still have many years together to look forward to. These years will of course be enjoyed together with passengers – in a genuine marine atmosphere.

”
The Olympia Terminal is celebrating its birthday on 16 July -  hopefully with a lot of travellers, of course.