In March 2017, Port of Helsinki Ltd started using an automatic ship mooring system in West Harbour. The new automooring system significantly speeds up the mooring and unmooring of ships. For local residents, the system also has the benefit of reducing noise and emissions. 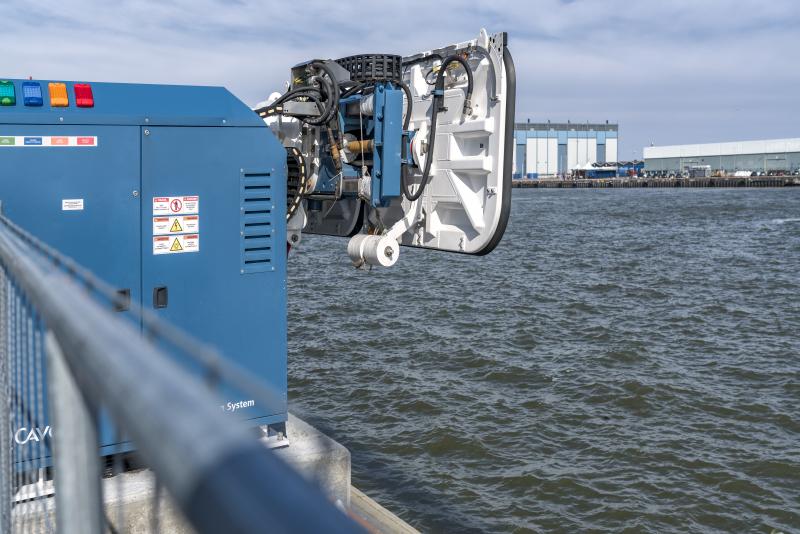 The new system was put into operation at one of the two new ship quays in West Terminal 2. The system comprises six MoorMaster units, which utilise vacuum pads to pull the side of the ship towards the quay’s fenders.

The mooring system is controlled remotely from the bridge of the ship, or alternatively from land. The system requires only one person to control it, whereas traditional rope-based mooring requires the combined efforts of several people. The system has been supplied by Cavotec Finland Oy.

The automooring system speeds up the mooring and unmooring of ships, reducing their fuel consumption, emissions into the air and noise in the process. Managing the environmental impact of ship traffic is particularly important to the Port of Helsinki, as the city's passenger harbours are located in the middle of a densely populated capital city.

The Port of Helsinki wanted to equip the new quay, which will be used for fast scheduled Helsinki–Tallinn traffic, with the latest technology available.

The automatic mooring system is the first of its kind to be used in frequent passenger traffic in the Baltic. Initially the system will be used by two large Tallink Silja passenger ships.

The system was installed and tested for the first time in summer 2016 with the ferry Tallink Silja Star. However, it will be put into regular use with the new Tallink Mega Star, which began operating from the new berth at the end of January.

West Terminal 2 – the smoothest ship travel on the Baltic

The Port of Helsinki is developing the West Harbour and building a new terminal area right at the tip of Jätkäsaari, with the new West Terminal 2 due for completion in February 2017. The new terminal is specifically designed for fast scheduled traffic, providing a smooth travel experience for the millions of passengers traveling on the Helsinki–Tallinn route every year. In addition to West Terminal 2, the development project comprises two new ship quays, an automooring system, traffic arrangements and improvements to the sea fairway.

The development of West Harbour is partly funded by the EU, with the Port of Helsinki receiving funding for the project from the TEN-T and Connecting Europe Facility (CEF) funding programmes.