The cost-effective and disturbance-free flow of Finnish export and business transports abroad secures the success of our small nation.

Vuosaari Harbour will be developed for the needs of cargo traffic in particular, and therefore the harbour area will be increased. The sea fill area of approx. six hectares will bring additional space for cargo and car passenger traffic.

Vuosaari will continue to be the main international trading port

The Port of Helsinki is the main international trading port in Finland, and it will continue to specialise in unitized cargo, i.e. containers, trucks and trailers.

In the Helsinki Metropolitan Area, Vuosaari Harbour also plays a significant role in the routes of special deliveries, for example. Some passenger traffic to Germany and Estonia also takes place via Vuosaari. 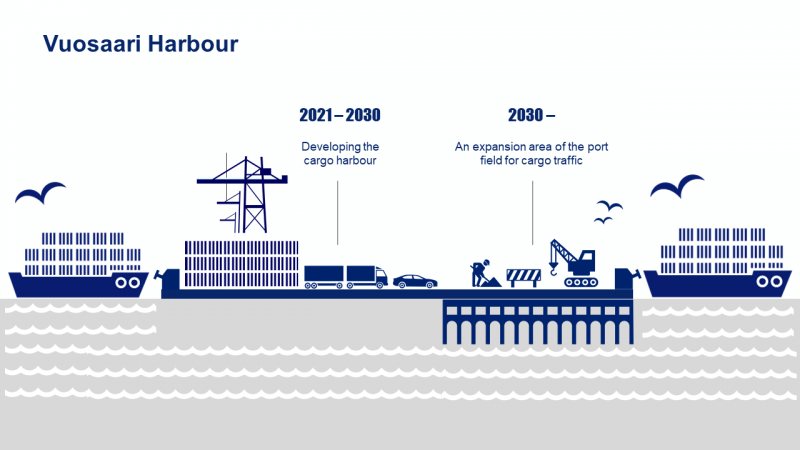