The Port of Helsinki Port Statistics demonstrate that the heaviest growth of international trade has slowed down and that ship travel is almost as popular as the previous record year.

The number of liner traffic passengers in Helsinki in January–September was 8.9 million (−1.6%). So people have embarked on sea trips almost as often as during the previous, record-breaking year.

The largest growth was in trips to Saint Petersburg (+7%), but the most popular route was still between Helsinki and Tallinn, with almost 6.8 million passengers (−2.0%). Traffic to Tallinn is affected by the lack of high-speed vessel traffic compared to the previous year, as well as the general rise of the price level in Estonia. On the Helsinki-Stockholm route, there were 1.8 million (−1.0%) passengers by the end of September. 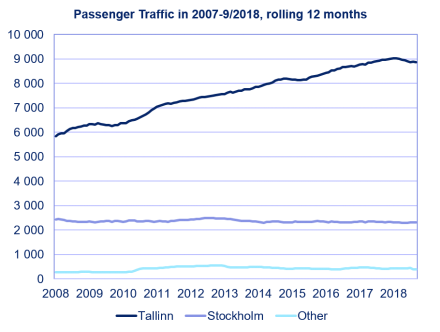 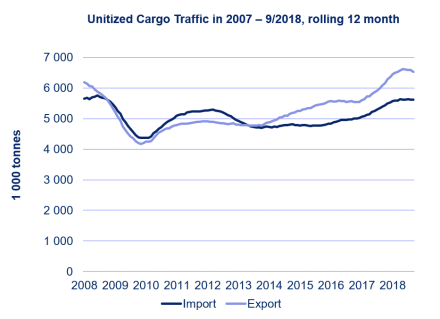