Port of Helsinki traffic 2020: Only slight reduction in cargo volumes despite the challenging circumstances 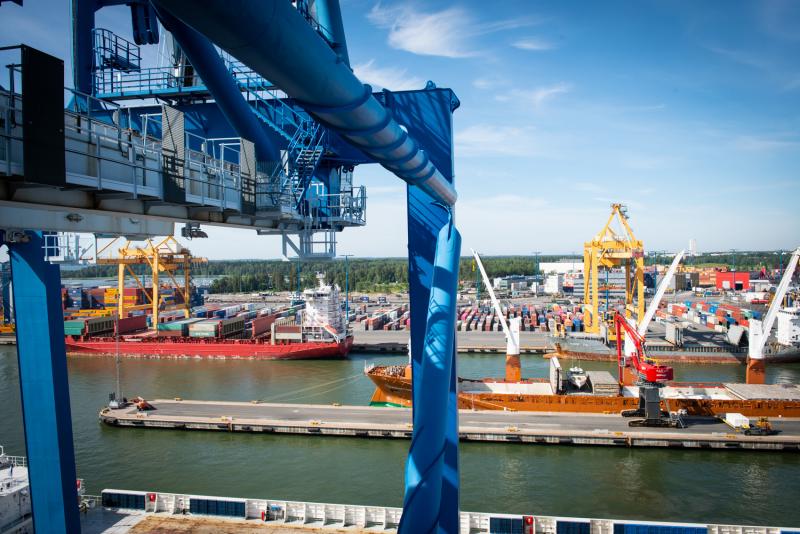 The first year of the COVID-19 epidemic nearly emptied the typically busy Port of Helsinki of passengers. Nevertheless, the volumes of cargo transported through the Port, which have an important role in ensuring Finland’s security of supply in these trying times, were almost at normal levels.

Cargo traffic at a good level

Cargo traffic continued to flow through the port even in the exceptional circumstances. The majority of Finland’s consumer goods and certain raw materials and supplies for industrial purposes are transported through the Port.

“The impact of the COVID-19 epidemic on cargo traffic was less severe than we initially expected,” says Port of Helsinki CEO Ville Haapasaari.
“In April and May, there was significantly less traffic, but towards the end of the year, cargo traffic picked up again and we managed to achieve the volumes of last year in the final months of the year.”
“Port of Helsinki cargo traffic totalled 13.3 million tonnes. Although this is 8.5% less than last year, we are satisfied with it, all things considered.” The unitised traffic* on the Tallinn route even increased by 6% compared to last year.

Normalisation of passenger traffic in demand

After a normal start of the year, the COVID-19 outbreak reached Finland and, in March, the WHO declared it a pandemic. Finland set strict travel restrictions in place and began to control the borders within the Schengen area. In these difficult circumstances, shipowners made fewer vessel calls and several ferries were taken out of operation entirely.

In the summer, ship travel recovered somewhat, but in the autumn the situation with the COVID-19 pandemic worsened and the conditions for travelling were made stricter.

The Port of Helsinki, together with authorities, shipping companies and other partners, focused on securing safe conditions for travel and arranged the facilities for border control, health guidance and COVID-19 screening services. The terminals were cleaned more frequently and passengers were provided with hand sanitiser. In addition, the instructions for safe travelling were highlighted at the terminals and in the digital communication channels of the Port of Helsinki.

In 2020, the number of liner traffic*** passengers at the Port of Helsinki (which is at the same time the total number of passengers) was 4.8 million (-59% compared with the corresponding figure last year). The majority of the passengers, 4.1 million (-54.1%), travelled the route between Helsinki and Tallinn.

“Now that the vaccinations against COVID-19 are beginning, we are cautiously optimistic that the restrictions for ship travel will be slowly lifted by the summer, allowing passengers to embark once again. We believe that the year 2021 will be a year of recovery from COVID-19 and we will return to the pre-crisis level in 2023, at the latest,” Haapasaari says.