Port of Helsinki’s Annual Report 2019 has been published 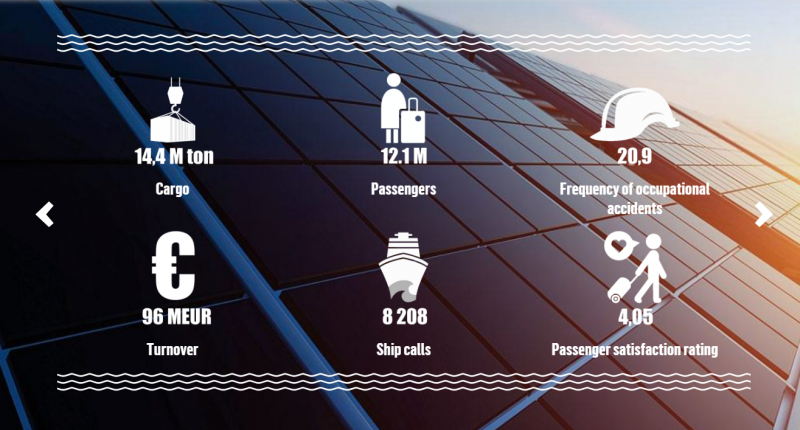 The Annual Report of the Port of Helsinki is out as a web publication. You can read it in Finnish and in English at: https://vuosikertomus2019.portofhelsinki.fi/en.

In 2019 passenger numbers showed an upward trend again. The Port of Helsinki was the busiest international passenger port in Europe for the third consecutive year. Cargo numbers nearly reached the record-breaking level of 2018.

The company’s turnover was EUR 95.6 million (EUR -1.1 million) Separating ship service operations into their own company is the most notable factor in the decrease. At the same time, the productivity index depicting the development of the Port of Helsinki’s total productivity increased to 118.0 points (+0.7%) despite the small decrease in turnover.

– Our vision is to be the most functional port in the world. This challenging goal drives us forward and, together with our partners, we have determinedly moved forward with the most important spearhead projects identified in our strategy, both in passenger and cargo traffic, says Ville Haapasaari, Port of Helsinki CEO.

– One of our central projects in 2019 was to determine our sustainable development goals. The carbon-neutrality of the Port of Helsinki’s own operations and decreasing the port area’s carbon dioxide emissions by more than 30% by 2035 were highlighted as significant objectives.