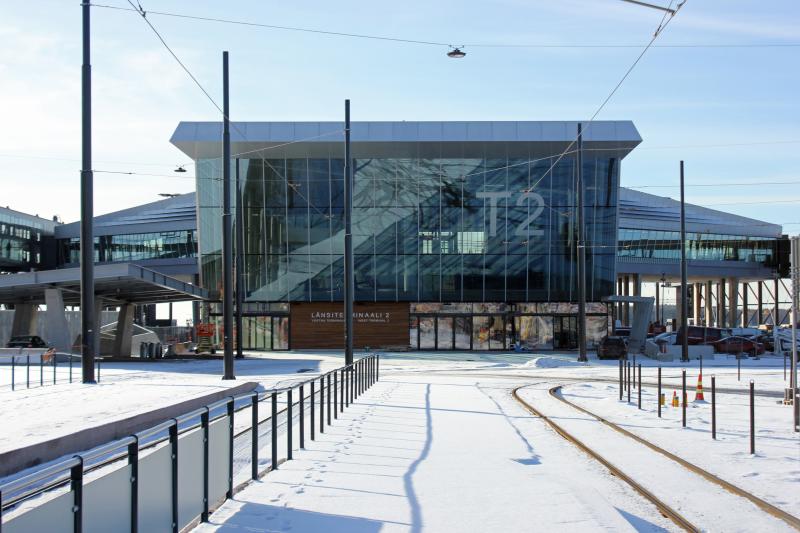 The Port of Helsinki Ltd's West Terminal 2 in the West Harbour will be opened to passengers on the morning of 27 February 2017. The new terminal, featuring a breathtaking view of the sea, offers a whole new level of travel comfort and convenience. The nearest tram stop is right next to the entrance, and the spacious terminal itself is easy to move about in, while the glass walls of the departure lounge offer an uninterrupted view of incoming and departing ships. Walking distances to the ships are short and those traveling by car will be served by a fast check-in system.

The terminal's restaurant and café services with the longest bar on the Baltic can be found in the departure lounge, and are provided by Panorama Bistro & Bar Helsinki. To support the idea of fast travel, the restaurant and café serve light snacks and foods without compromising on freshness and quality, while the bar offers a wide range of beverages, including specialty beers and high-quality coffee.

The Port of Helsinki is Finland’s busiest passenger port. This coming summer promises to be especially hectic for sea traffic: On the busiest days, there will be 24 departures to Tallinn from the South Harbour, the West Harbour and Katajanokka Harbour.

The new West Terminal 2 is specifically designed for fast scheduled traffic, serving 6–7 million passengers a year. The new terminal is only the Port of Helsinki’s second building designed from the ground up for passenger traffic, the first being the Olympia Terminal. As a result, the building has been designed first and foremost with travel comfort, the needs of ship traffic and various environmental aspects in mind.

The new quays are located right next to the terminal. One of the new quays features an automatic ship mooring system as well as a dual ramp solution, thanks to which vehicles can be driven in and out of a ship on two levels simultaneously. Together, these two systems will significantly shorten ship turnaround times.

The most important investment of the decade

The West Terminal 2 project, which includes the construction of the new terminal building and its quays, passenger bridges and corridors, field areas and roads, as well as the improvement of the fairway, has been the largest investment of the decade for the Port of Helsinki.

"West Terminal 2 is our way of meeting the needs of growing Helsinki–Tallinn traffic for the upcoming decades.  The increased capacity and improved travel comfort provide the preconditions for continued growth. The flexibility of port operations in the centre of the city are of great importance to Helsinki and it’s strongly growing tourism sector," states Kimmo Mäki, CEO of the Port of Helsinki.

Sea traffic has been constantly growing in popularity since 2008, and the growth is strongly focused on the Helsinki–Tallinn route. This growth is not the result of increased tourism alone, as frequent ship connections also make it possible for Helsinki and Tallinn to operate as twin cities, mobilising the workforce, promoting social integration and facilitating the formation of a common economic area. The route is also crucial for Finland's foreign trade, offering an efficient and sustainable transport route for both passengers and cargo. 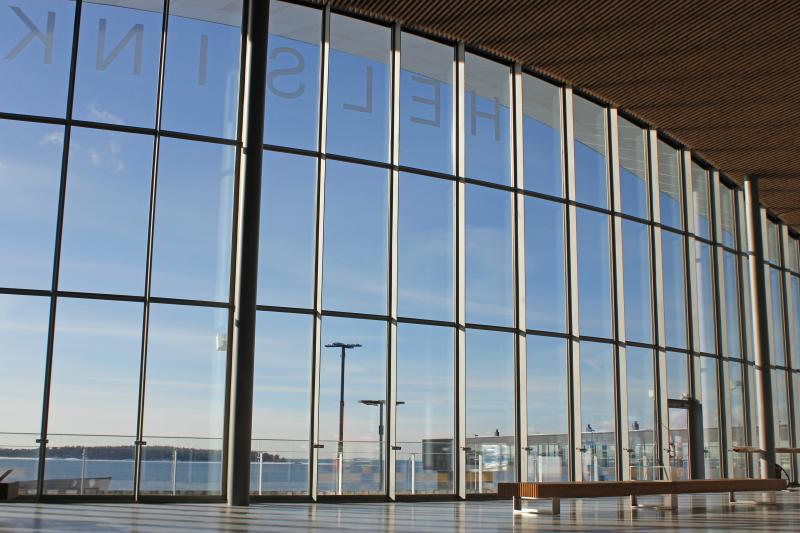 "We want to offer our customers the most pleasant and convenient customer experience possible. This is why we have introduced a new ship, Megastar, on the Helsinki–Tallinn route in response to customers' wishes, and invested heavily in various digital customer service solutions. Even embarking is an important part of a trip, so this great new terminal and its shorter walking distances to ships will enhance our customer experience even further," explains Margus Schults, Managing Director of Tallink Silja happily.

"Here at Eckerö Line, we want to provide our customers a breakaway from everyday routines, whether it's just for a few hours or for several days. The new West Terminal makes ship travel even more convenient and pleasant for both holiday and business travellers," smiles Taru Keronen, Managing Director of Eckerö Line.

Ahead of schedule and under budget

The budget for the new terminal was EUR 45 million, while the project's total budget was EUR 90 million. The actual cost ended up being 5% under budget.

The development of West Harbour is partly funded by the EU, with the Port of Helsinki receiving funding from the TEN-T and Connecting Europe Facility (CEF) funding programmes for the Twin Port 1 (20%) and Twin Port 2 (30%) projects.

Photographs for the media: The Port of Helsinki’s material bank