Record cargo at Port of Helsinki in 2018 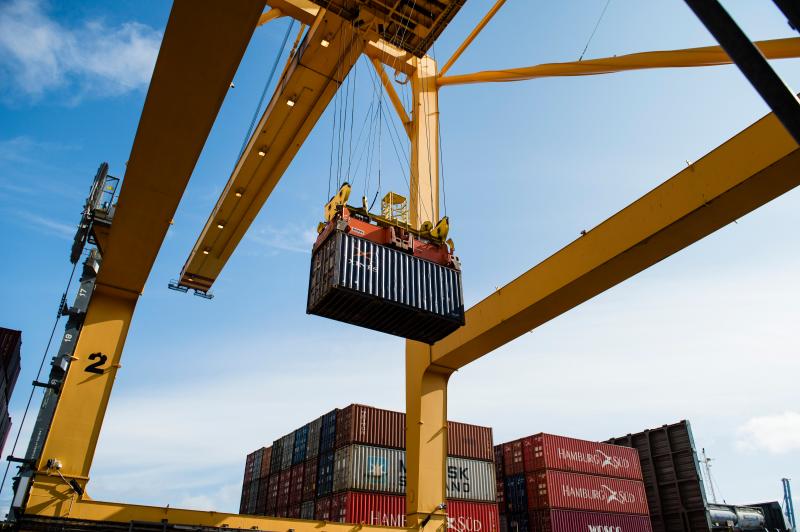 A record amount of cargo was transported via the Port of Helsinki in 2018. Sea travel remained strong, and Helsinki retained its status as the busiest international passenger port in Europe. In particular, the number of international cruise tourists in Helsinki was higher than ever.

In 2018, a record total of 14.7 million tonnes of goods were transported via the Port of Helsinki. The amount was an increase of 3.3% compared to the previous year. 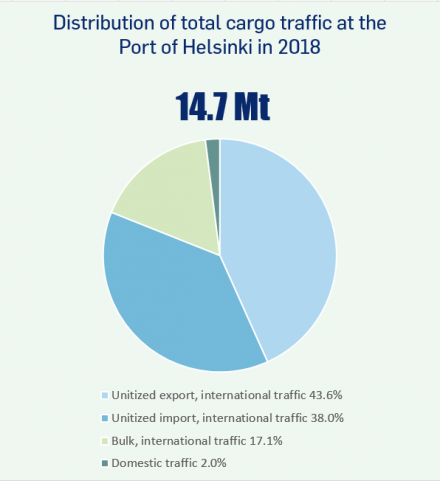 – The total volume of unitised cargo for the year was positive, even though market growth came to a halt over the course of the year. 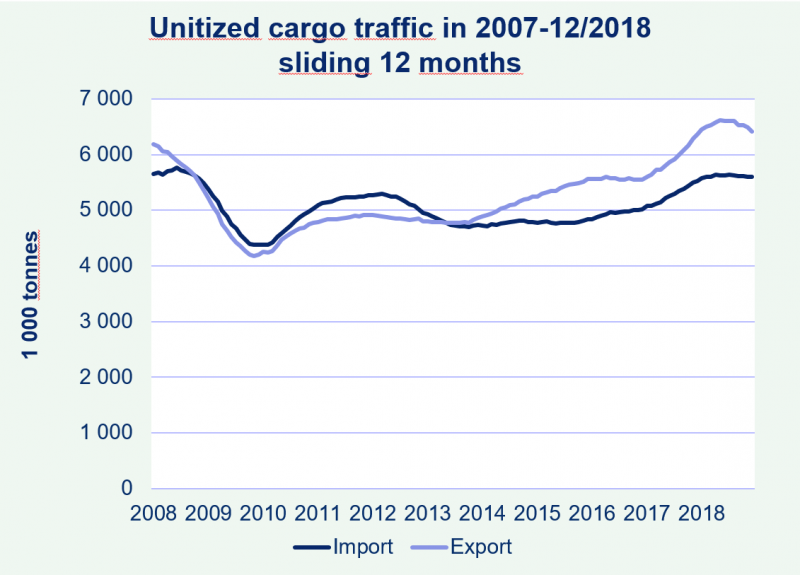 In addition to the cargo flows of foreign trade, a total of 12.08 million ship passengers passed through the Port of Helsinki in 2018. Of this number, 11.56 million were liner traffic passengers. This is 1.8% less than the previous record year.

As usual, the busiest sea route was between Helsinki and Tallinn, which saw 8.8 million passengers over the last year (-1.8%). This accounts for almost 77% of all passengers who passed through the Port of Helsinki. The slight decline in the route’s high popularity is explained in part by the lack of high-speed vessel traffic between Helsinki and Tallinn in 2018 as well as a decrease in sea travel by Finns as a result of the increased price level in Estonia.

A total of 2.3 million passengers travelled between Stockholm and Helsinki (-2.1%). The route’s popularity has been relatively stable for many years. 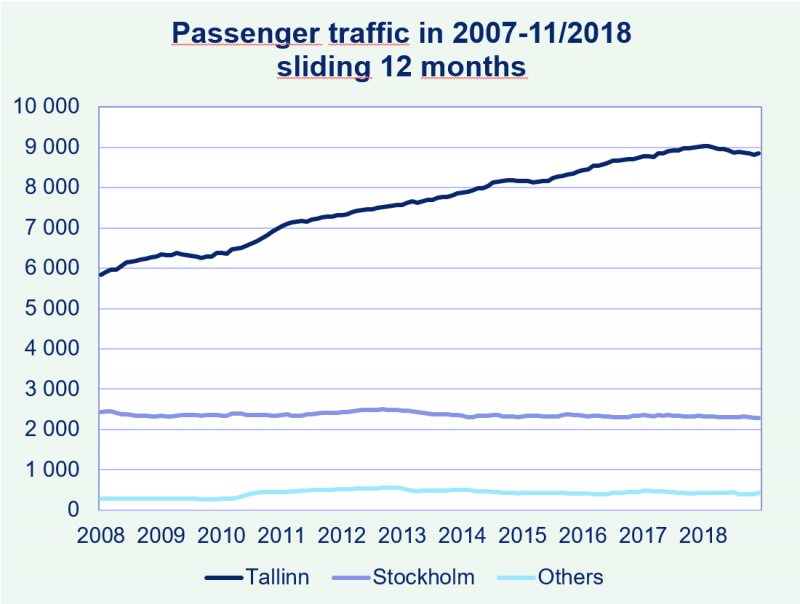