6 April – 2 May Bus route 7X operates to the West Terminal, tram routes 7 and 9 to start service on 3 May

Public transport connections to the West Harbour will change as a consequence of extensive changes to rail traffic in Helsinki that will take place on 6 April 2021. 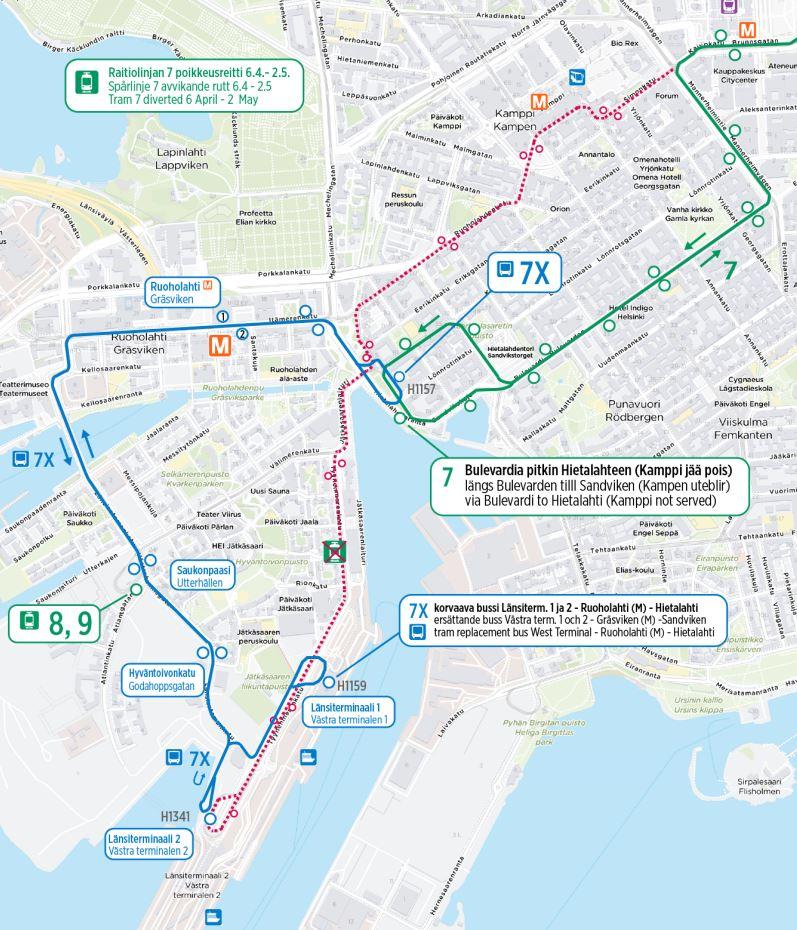 Tram routes will be back in operation from 3 May 2021

Read more about the changes to transport routes in HSL’s bulletin.