– Cargo volumes in 2019 were close to the previous record

The Port of Helsinki’s traffic figures for 2019 are excellent. A total of 12.2 million ship passengers travelled via Helsinki, which maintained its status as the busiest international passenger port in Europe. Liner traffic on the Tallinn route remains extremely popular, but the most substantial growth was in the passenger numbers in international cruise traffic. In cargo traffic, the goods of Finland’s foreign trade flowed via the Port almost at the record rate of 2018, even though 2019 started off slow. 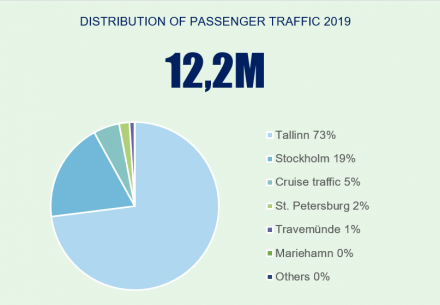 – We’re happy that the popularity of ship travel is on the increase. The 16-per-cent growth in international cruise traffic is particularly delightful, says Ville Haapasaari, the CEO of the Port of Helsinki, summarising the year for passenger traffic.

In regular liner traffic, 11.6 million passengers travelled via Helsinki, which is 0.4% more than the previous year.

The most popular route, Helsinki–Tallinn, showed an upward trend. The route had 8.9 million passengers (+0.8%), which equals nearly 77% of all passengers in the liner traffic in the Port of Helsinki. Thanks to fast and frequent ship traffic, Helsinki and Tallinn are in many ways developing as twin cities where both tourists and workers are moving between the two sides. This has a significant impact on the economic life of the cities.

As in previous years, the passenger numbers between Helsinki and Stockholm remained at a steady level. The route had 2.3 million passengers (-1.2%). On the St. Petersburg route, there were nearly 200,000 passengers, which is 6.5% lower than in the previous year. The Helsinki–Travemünde route saw 158,000 passengers and an increase of 4.6%.

International cruise traffic in Helsinki broke a new record in 2019: as many as 603,500 cruise ship passengers visited the city, which surpassed the previous year’s numbers by 16%.

There were 303 cruise ship dockings during the cruise season (+6%). This was the first season with over 300 dockings.

In 2019, a total of 14.4 million tonnes of goods were transported via the Port of Helsinki. This is a 2% decrease from the record number of the previous year. 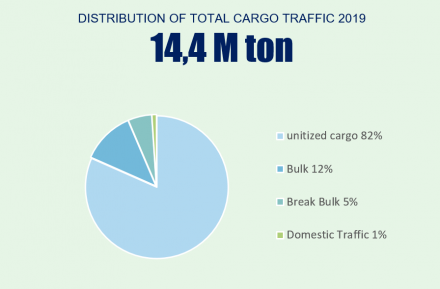 – The start of the year was a bit weak in terms of dockings, but the number of goods transported slowly returned almost to the previous year’s level. The traffic amounts were negatively affected by the Finnish Seafarers’ Union’s sympathy strike, among other things. However, the amount of unitized cargo increased slightly from the previous year, even though the market was a bit slower, Haapasaari says, describing the many fluctuations during the year. 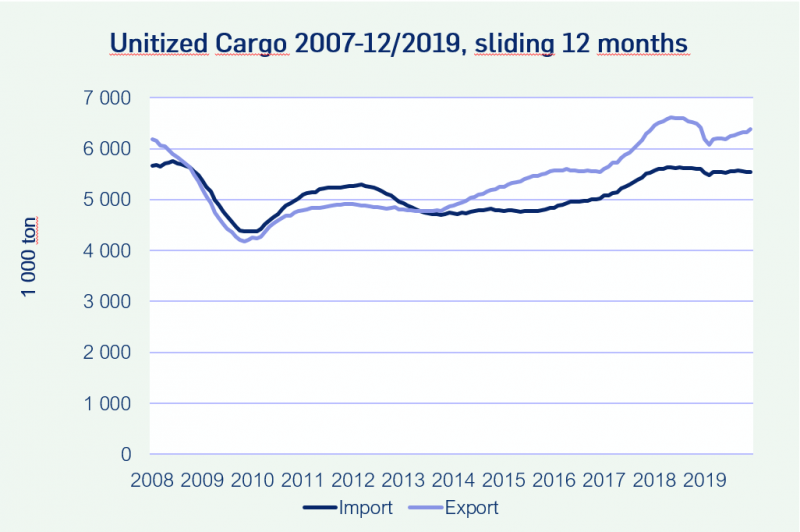 Import accounted for 46.3% of unitized cargo, which equals 5.4 million tonnes (-0.6%) of goods, while export accounted for 53.7% and 6.3 million tonnes (+1.4%). The main export commodities are products for the forest industry, machinery and equipment, whereas in imports the most prominent product group is daily consumer goods. The three largest trade partners in terms of tonnes were the same as the previous year: Estonia, Germany and The Netherlands. The cargo traffic towards Tallinn amounted to 4.5 million tonnes (+2.3%).