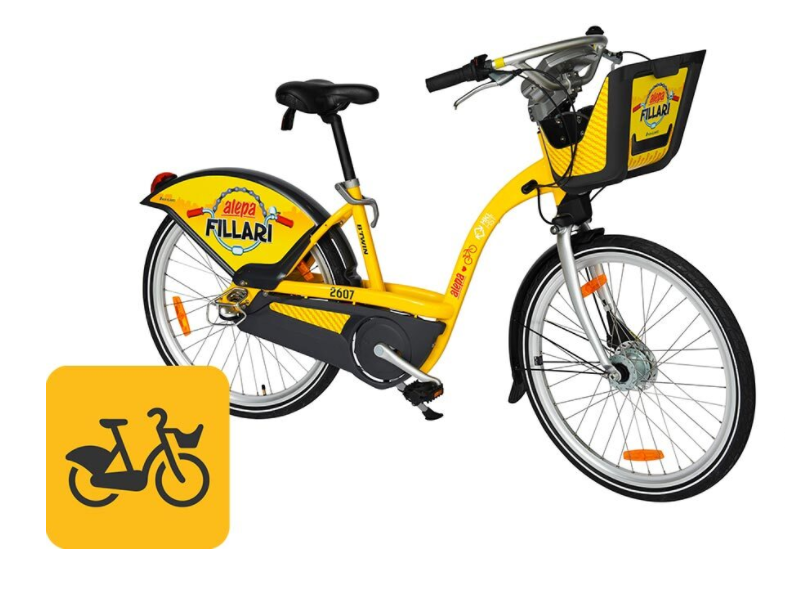 Tourists visiting Helsinki this summer will be delighted to find out that in addition to traditional public transport services and taxis, they can once again make use of the city’s shared-use city bikes and electric scooters as well. They are easy-to-use and environmentally sustainable ways of exploring the city.

The city bike season began in Helsinki on 1 April and lasts until the end of October.

Helsinki and Espoo have a shared city bike system that provides urban bikers with access to nearly 4,600 bikes and 460 bike stations. There are also bike stations in the West Harbour, Katajanokka and the South Harbour, right next to the passenger terminals.

Check the locations of bike stations on a map.
More information on the city bikes.

New rules regarding the use of electric scooters

In the next few weeks, new parking spaces for shared-use electric scooters will also be added to the vicinity of West Terminal 2, the Katajanokka Terminal and the Olympia Terminal. They can be used to park the scooters of all the electric scooter companies operating in Helsinki.

The terms of use of electric scooters in the inner city areas of Helsinki have been updated for the upcoming season, and the same rules are in effect in harbour areas as well. The aim of the updated terms is to reduce the negative impacts of electric scooters. New measures include dedicated parking spaces for scooters, speed limits and photo verification of smart parking.